“This does not sound like the student I knew a year ago!”

As a classroom teacher, I struggled to explain some changes I observed in my secondary newcomer students until I saw this chart in Dr. Michelle Yzquierdo’s book Pathways to Greatness. The graphic above, by Valentina Gonzalez, captures its essence perfectly.

Making a home in a new culture is a complicated process. Culture shock does not spare anyone, and I dare say that adolescents are most vulnerable.

In my class, I had students who lived in a women’s shelter, students who escaped a world of crime or violence through immigration, and students who worked to support their younger siblings. But this was not the majority.

Most students lived with their families or relatives, were able to travel back and forth to their home countries, and had no apparent drastic circumstances. Yet, there was plenty for me to discover about their adjustment process to life in the new country. Here are some things I have learned from my secondary newcomer students.

Relatives in the United States

For students living with relatives, conflicts are frequent and plenty. Although things may be rosy at first, the newness wears off, gratitude fades, and personalities clash. Smack in the middle of the year, right after Christmas, my students often told me that they were going back home because their aunt or uncle “didn’t like them anymore.” I reserve judgment: It is hard (at times) to tolerate your own teenager, but taking care of someone else’s moody adolescent is definitely challenging. As a teacher, I learned to tread lightly while making a discipline-related call to a child’s guardians (uncles/aunts/cousins). That call could be the last straw that would send the child back home. Establishing a positive relationship with the guardians is more important than ever.

Younger siblings might be getting ahold of the language more quickly than the older siblings, which is natural and expected but often misinterpreted and viewed by families as differences in intellectual abilities. You may hear from your older students, “Miss, my younger brother is smarter than me. He is doing better at school, and his English is better than mine.” Parents need to hear the assurance that their older children will be ok. Students need to understand that different people learn languages differently—and yes, age is a factor.

Younger siblings may miss their home countries less because they barely remember them, while older siblings are often prone to bouts of nostalgia. Even when they find themselves enjoying life in the United States, they may subconsciously sabotage that happiness, equating their newfound feeling of contentment with the betrayal of their former identities. Resentment toward younger siblings or better-assimilated family members compounded with academic underachievement (“Why can’t you be more like your brother?”) often manifests as “acting out” at school.

Adolescent students may be constantly expected to act as translators for other family members, making them privy to the conversations they might not be prepared to process. For example, we shield our children from financial disasters, sickness, and divorces, but if they are forced to translate, they may find themselves in the middle of it all. Most districts’ policies prohibit the use of students as translators, and there is a very good reason for that.

Parents accept that sooner or later, they will lose their kids to mainstream American culture; nonetheless, the process is extremely painful. Parents also climb through stages of culture shock, which may not coincide with those of their children.

Let’s look at something simple, like gradually changing dietary habits. A mother prepares an ethnic meal, and the kids yell, “Why can’t we have normal food? Can we go to KFC instead? I like KFC chicken better.” In a calm state of mind, the mother laughs it off and makes her kids eat what she fixed, but if she is going through a culture shock phase of her own, any careless comment may cause an emotional meltdown.

Just because students come from the same part of the world or speak the same language does not mean that they automatically have things in common. In many countries, social classes are still a thing. Kids from wealthy families may suddenly find themselves lumped into one group with peers from a completely different walk of life (with whom they would never associate in their home country). There are also regional conflicts between countries that your older students may be aware of and sensitive about. Tensions that seethe below the surface are hard to figure out and easy to misinterpret in the classroom. Over time, students forge friendships that last a lifetime, but it is not automatic, given, or effortless. Building a class culture of mutual respect is vital! In her blog, Valentina Gonzalez teaches us how to create a space where students feel they belong.

It is not a secret that many students work and attend school. Teens find pride in providing for themselves or contributing to the family. Work, especially work that requires the use of English along with the home language, helps students see the value of being bilingual and adjust faster. The downside is that when there is money to be made, schoolwork comes second, and working kids are often too exhausted to do school well. Many might not see the point in education when they’re blinded by money-making opportunities that do not require a high school diploma. Dr. Carol Salva suggests inviting former newcomers to hear successful members of your local community as speakers—this helps students keep an eye on the ball and set professional or career goals.

The original Culture Shock chart was created for international workers and foreign exchange students, and it included an additional step: re-entry shock. Re-entry shock is relevant for students who can travel back home, as well.

Re-entry shock happens when a student realizes that their home country no longer feels like home. The feeling is odd and disturbing. They feel a sense of “otherness” among the circle of friends who used to be their besties. They may discover, to their great surprise, that they miss their new country, especially some elements of it, such as A/C, certain foods, driving, unprecedented American politeness, or any other comforts they’ve started taking for granted. At this point, the identity crisis can be summed up in one question: Where is home?

People deal differently with the “one foot here, one foot there“ situation, but it does take time to process the concept that you don’t belong to one particular place—you exist between the cultures.

Learning to be happy in a new place does not require students to dissolve their old selves! Quite the contrary! They will find strengths that allow them to serve others in unique ways!  Teachers, share this graphic by Valentina Gonzalez with your secondary newcomers! It is empowering and inspiring!

So Glad the Break Is Over!

Really? Yes! Students do say that when they come back to school after winter break, spring break, or even long weekends! Why? Here are the top answers:

For many students, school is the refuge from that unpredictable, confusing, and chaotic thing called life. The best support we can give to the kids in any stage of culture shock is hope. According to Dr. Carol Salva, “People who have hope don’t give up.” I absolutely love this message and this slide! 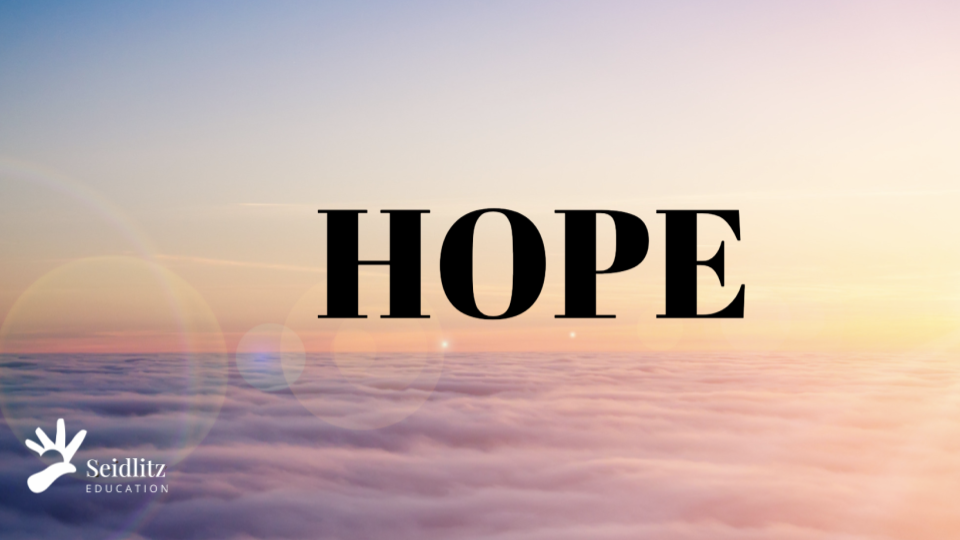 Teachers need hope just as much! Remember that “overcoming culture shock is a fluid, dynamic process and not a single event or a sequence of finite, fixed steps. Bad days can cause students to revert to a previous stage, and some students may go back and forth between strategies a number of times before moving on” (Yzquierdo, 2017). Language learning and adjusting to the new culture take time! Let’s give ourselves patience and grace!

Gonzales, V ( 2020) Belonging vs. Fitting In How the Social Contract Helps Students

View all posts by Seidlitz Education